The following advertisement about Rock Creek comes from the 1926 promotional booklet entitled Pine County: Where Folks are Homeowners. Apparently Rock Creek, a small town a few miles south of Pine City, did not contribute any text to this publication. 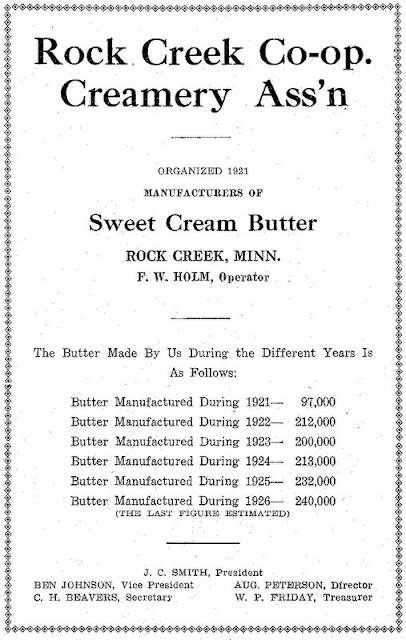 Posted by Amy Troolin at 6:51 PM No comments:

The following advertisements about Pine City come from the 1926 promotional booklet entitled Pine County: Where Folks are Homeowners. 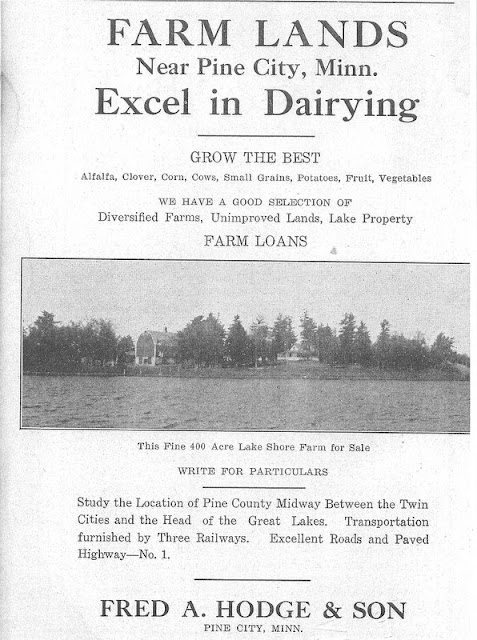 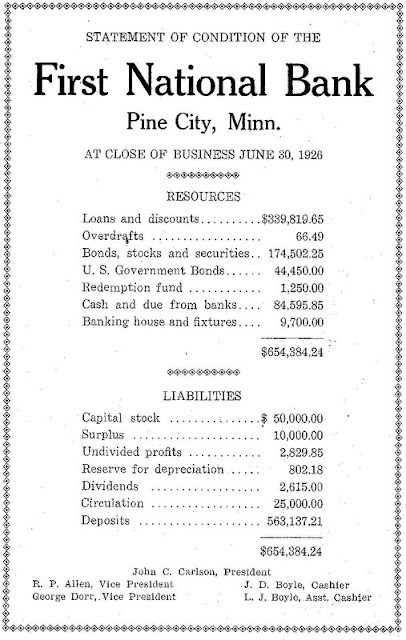 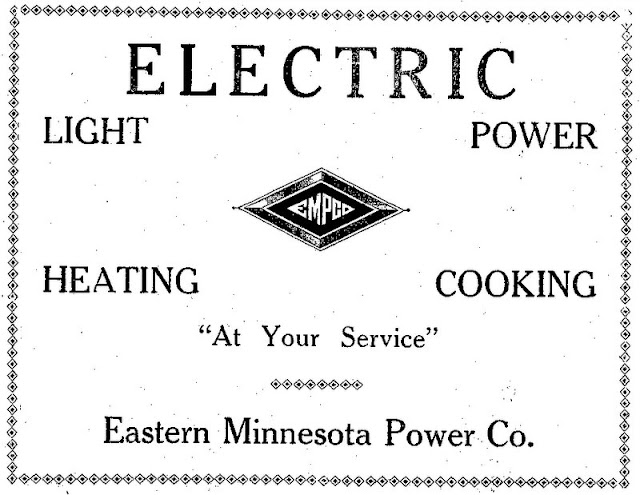 Posted by Amy Troolin at 6:54 PM No comments:

The following advertisements about Pine City come from the 1926 promotional booklet entitled Pine County: Where Folks are Homeowners. 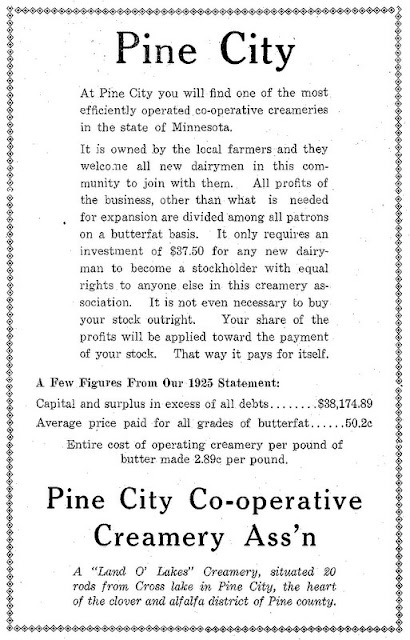 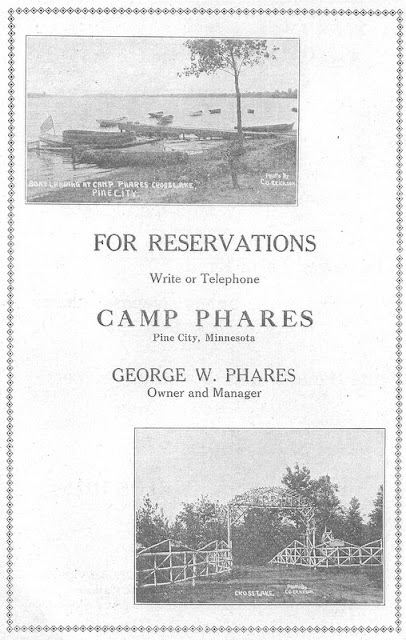 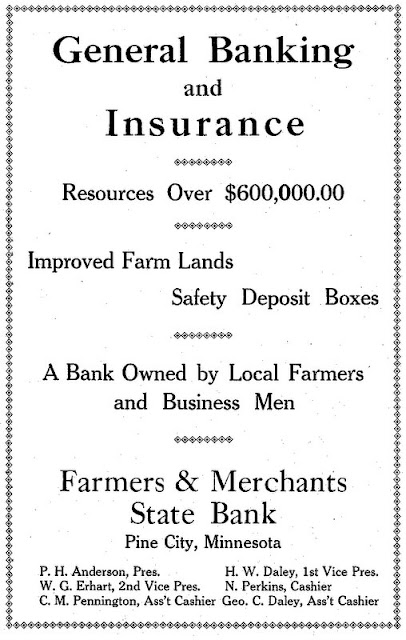 Posted by Amy Troolin at 6:30 PM No comments:

The following text and advertisements about Pine City come from the 1926 promotional booklet entitled Pine County: Where Folks are Homeowners.

Pine City, the county seat of Pine county, an incorporated village of 1500, is located 63 miles north of St. Paul, and 96 miles south of Duluth, on the Northern Pacific railroad and State Highway No. 1, in the heart of the richest farming community in this section of the state. It is the dairying center of the community tributary to Pine City and boasts one of the best co-operative creameries in the state, a creamery which last year paid its patrons over $320,000.00 and which is showing a healthy growth over previous years' business.

Not only is dairying a leading industry, but many potatoes are raised as well as all small grains, and corn in large acreage.

There are four churches, Catholic, Methodist, Lutheran and Presbyterian, and a fine high and graded school. It is the home of the Eastern Minnesota Power Co., a public utility concern, reaching to some 30 towns west and south of the home plant. It also supports two newspapers, The Pine County Pioneer and the Pine Poker, and has two hotels and the usual number of stores and other business places.

The village of Pine City was platted in 1869 and was organized in 1881, but the officers did not qualify until the following year. One of the show places of the village is “Robinson Park”, donated to the village by Captain Richard G. Robinson, a former resident.

Located on Snake river, between Pokegama and Cross lakes, Pine City is widely known as a summer resort community, and numerous summer homes owned by city people dot the shores of the adjacent lakes. Camp Phares, a newly built hotel and resort place occupies extensive grounds on the east side of Cross lake, near the old townsite, Chengwatana. At Pokegama lake are the Island hotel, a summer resort property, and the Pokegama sanatorium, owned by Dr. H. Longstreet Taylor of St. Paul. This is a tubercular sanatorium consisting of fine modern buildings and equipment, with a resident doctor and a corps of nurses, capable of caring for fifty or more patients at all times.

Improved and unimproved farms can be had in the neighborhood of Pine City at prices ranging from $15 to $175 per acre, depending on locality and distance from town. The population is of a mixed type, with many thrifty Germans and Bohemians, Scandinavians and Yankees. 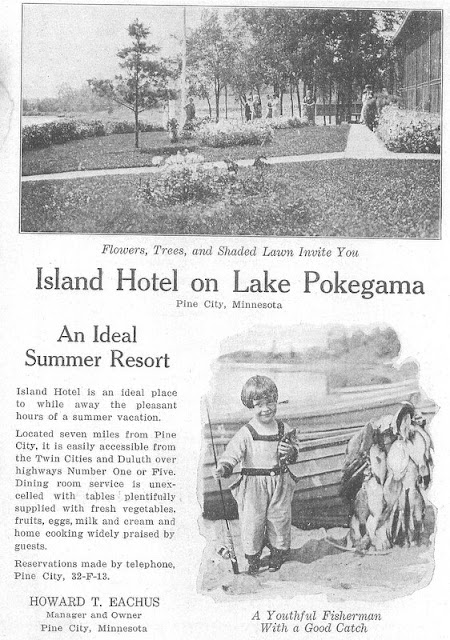 Posted by Amy Troolin at 7:25 PM No comments: